This 2013 Triumph Bonneville T100 Steve McQueen Edition is finished in matte green and powered by an 865cc parallel twin paired with a five-speed transmission. Details include Keihin electronic fuel injection, an oil cooler, a solo seat, a traditional two-sided exhaust system, wire-spoke wheels, and a luggage rack.The bike was acquired in September 2016, reportedly from its original owner. Now showing 237 miles, this T100 is a genuine collector. The bike is finished in matte dark green and features Steve McQueen’s signatures on both side panels. Additional details include a luggage rack, a side stand, a black headlight bucket, mirrors, and front fender support.Black wire-spoke wheels with polished spokes measure 19″ front and 17″ rear and wear Metzler tires. Braking is handled by discs at both ends. The suspension consists of a conventional fork with rubber gaiters and a swingarm with dual adjustable shocks. VDO instruments include a 130-mph speedometer and a tachometer with an 8k-rpm redline. The digital odometer shows 237 miles.The 865cc parallel twin was factory rated at 67 horsepower and 50 lb-ft of torque. Features include Keihin electronic fuel injection, an oil cooler, and an Arrow two-into-one exhaust system. The bike was tuned to match the exhaust system, per the selling dealer. Power is transferred to the rear wheel through a five-speed transmission and a drive chain.A plaque identifying the bike as #406 of 1,100 Steve McQueen Edition T100 bikes is attached to the handlebar stem.A Triumph Certificate of Authenticity, owner’s manuals with a pouch, dealership sales materials, and period literature are included in the sale.The bike has never been down however, there is a small scuff on the front fender (see pic) from transportation 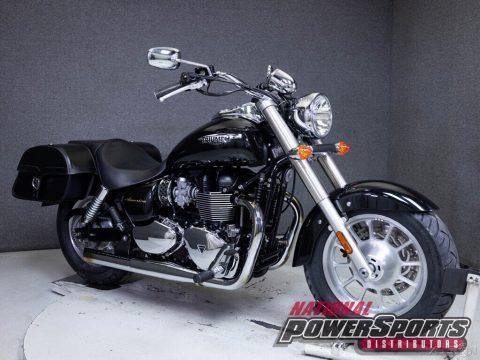 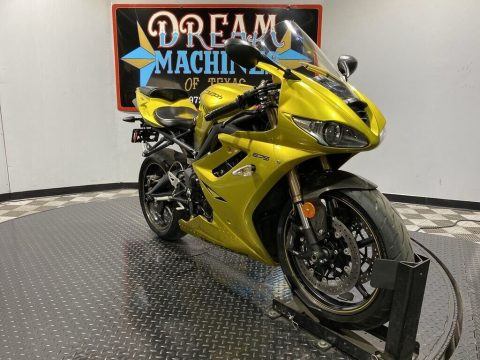 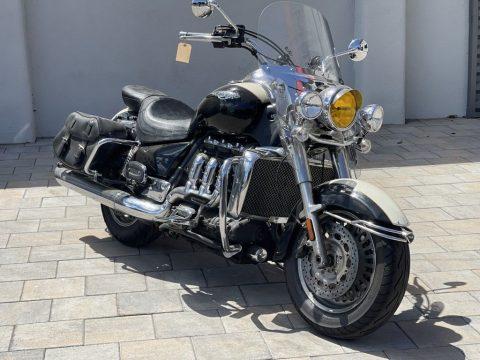 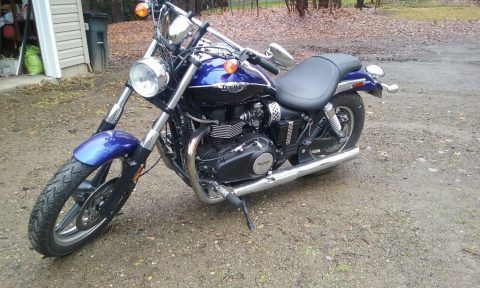 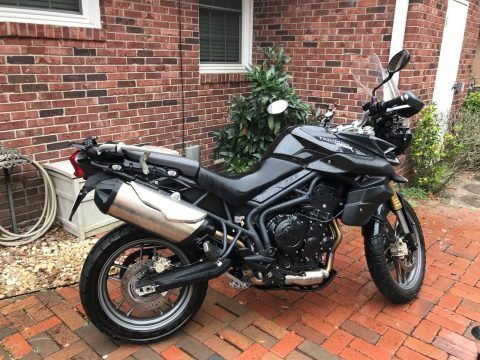